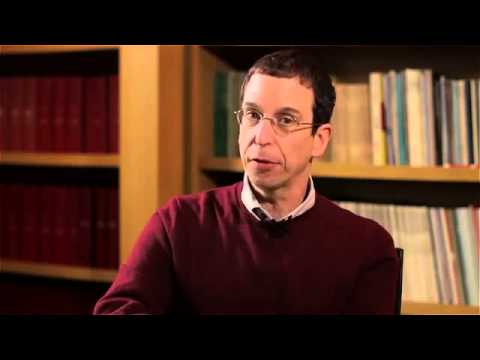 Link to AMB Crypto: https://eng.ambcrypto.com/coinbase-to-sponsor-two-bitcoin-core-developers-with-community-fund-grant/
Cryptocurrency exchange Coinbase announced today that it would sponsor at least two Bitcoin developers, who contribute directly to the Bitcoin Core codebase or closely associated Bitcoin projects, through the exchange’s new grants dubbed Crypto Community Fund. Coinbase said it would make the final selections after current Bitcoin Core developers and “important” community members shortlist the proposals.
The advisory board for the bitcoin projects includes developers like Carla Kirk-Cohen, Anthony Towns, Amiti Uttarwar, Felix Weis, and Dan Boneh. Coinbase said projects hailing from any location could apply and while it aimed to focus on year-long developer grants, it would also consider shorter projects. Coinbase intended to expand the program to other types of projects and crypto communities if this Fund successfully helped the crypto community.
Meanwhile, the crypto community at large, including Square’s Jack Dorsey, welcomed the move. Others saw this as a way to “give back to the coin [bitcoin] that started this industry.” In fact, Coinbase cited how the Bitcoin project, which launched without a fundraise, and kickstarted the industry, had inspired them to help the entire crypto industry “grow and improve.”
However, the exchange noted that this “open source community” did in fact provide “critical support” for Bitcoin development, and how various institutions had donated to maintain the Bitcoin ecosystem. Coinbase further illustrated the types of projects it sought to support such as:
Direct contributions to Bitcoin Core that improve testing, fuzzing, bug fixes as well as Significant code and Bitcoin Improvement Proposal (BIP) review. Contributor tooling like the open-source bitcoinacks.com and Bitcoin Core libraries and tools were among other project types Coinbase wanted to fund.
Bitcoin price today is $11,562.58, at the time of writing, with BTC prices up by 1.5% in the last 24 hours.

A message to /r/investing and /r/technology: You don't get it because you don't understand it...

You too, /bitcoin, but I believe a sizable minority actually do understand it.
The learning curve to understand why cryptocurrencies are an important development is very steep. I have a very hard time accepting things on faith, so I spent quite a bit of my time understanding the intricacies of what Bitcoin is. This is going to be a long post, because I'm going to walk you through what I had to learn to understand it.
I am a huge xkcd fan. When I first came upon bitcoin, I saw it in the context of this (looks like we need an update): http://xkcd.com/980/huge/#x=-6432&y=-6592&z=4
I remember pouring over that chart... It put a lot of things in perspective... and then I came upon "Market value of all Bitcoins." I'm pretty sure I had heard of bitcoin earlier than that, but it didn't really peak my interest until I saw it in this context. I remember at that time thinking the Bitcoin was like eGold or Digicash... but that didn't keep me from looking it up. And what I found amazed me, people were solving problems for Bitcoins. But I still didn't get it... why did it have value? I then found the Bitcoin whitepaper... http://bitcoin.org/bitcoin.pdf - I had some computer science knowledge, but not a lot of cryptography knowledge, so the paper made some sense, but not a lot. I was under the mistaken impression that cryptography fails... often. I kept hearing about failures of the MD5's and DES's and thought that all crypto would fail in a similar way. At this point, I did buy some Bitcoins, but I hadn't "bought into the idea." I then proceeded to learn more about cryptography. After asking a few questions on reddit, I decided I had to dive in a little more. I found a coursera course by Dan Boneh and went through the course (I have a math minor, so it was a great level to jump in at). I learned about crypto and was sastified well enough to have a lot more faith in it.
But it still didn't make sense to me why some very smart people would put faith in a currency, so I did some searching and found the mailing list posts from when Satoshi originally described bitcoin. I came upon a post from Hal Finney during the discussion - http://www.mail-archive.com/[email protected]/msg09996.html


One thing I might mention is that in many ways bitcoin is two independent ideas: a way of solving the kinds of problems James lists here, of creating a globally consistent but decentralized database; and then using it for a system similar to Wei Dai's b-money (which is referenced in the paper) but transaction/coin based rather than account based. Solving the global, massiely decentralized database problem is arguably the harder part, as James emphasizes. The use of proof-of-work as a tool for this purpose is a novel idea well worth further review IMO.


Ah hah! This is when the light really went on. Satoshi had taken cryptographic ideas/primitives and put them together in a novel way... He took other peoples ideas and modified them enough to come to a practical, but not complete solution to the problem of coming to a distributed consensus. When I say practical, I mean in the way an engineer might apply physics formulas to designing a vehicle. He took the parts and stuck them together in a way that was "good enough" to solve a distributed decentralized consensus. It's not perfect (51% attack, etc.), but it was good enough.
At this point... I believed the mechanics were sound. It was a consensus protocol that didn't exist before. It could be used as a way to transfer value by shared consensus. It only has value because people use it and believe in it, but the ones who originally believed in it believed in it for good reason.
Now after reading through that, I want you to watch two videos: https://www.youtube.com/watch?v=mD4L7xDNCmA https://www.youtube.com/watch?v=Pu4PAMFPo5Y
Disclosure: I own bitcoins, so this whole talk was designed to get you to buy into the evil Ponzi Tulip Pyramid scheme so I can make my millions and retire off the suffering of thousands of other people.
tl;dr: It's the protocol, stupid.
If you guys want to ask me questions or throw arguments at me, I will be happy to respond within reason.